"Isata Kanneh-Mason inspires us from the first note. Her expressive piano playing has a captivating effect and leaves no doubt that she will soon be one of the very great pianists.  We are very...
Read More

In 2020, Sheku became the highest-charting cellist of all time in the UK (reaching Number 8), and the first cellist in history to break into the Top 10 of the Official Albums Chart. On 29th January...
Read More

"A treat to hear snapshots of such talented musicians at different stages" The Times, 23 October 2020 On October 22, forming part of the Barbican's live-streamed concert series, the Kanneh-Masons...
Read More

The Kanneh-Masons are seven brothers and sisters ranging in age from 24 to 11 years old all of whom play either violin, piano or cello. They have won many prizes and awards and appeared in numerous television shows; the five eldest performed at the Bafta awards in 2018 and all seven appear in the December 2019 Royal Variety Show. All the children attend or have attended London’s Royal Academy of Music and its Primary and Junior Academies, except pianist Jeneba who has progressed to London’s Royal College of Music for her undergraduate studies.

They were raised in Nottingham, England by parents Stuart Mason, a business executive and Dr Kadiatu Kanneh, a former university lecturer. Both parents played musical instruments to a high standard but never pursued professional careers. Born in Sierra Leone but moving to Wales as a young girl, Kadiatu lectured in English at the University of Birmingham, while Stuart, both of whose parents were born in Antigua, was born in London and works for a luxury experiential travel company. Oneworld published Dr Kadiatu Kanneh-Mason’s memoir entitled: House of  Music –  Raising the Kanneh-Masons in September 2020 to great critical acclaim.

Sheku and the family have been the subject of a number of documentaries, including CBS Sunday Morning, BBC FOUR’s Young, Gifted and Classical and more recently, opening BBC One’s 2020 Imagine series with a uniquely produced lockdown film entitled This House is Full of Music.

The page you requested could not be found. Try refining your search, or use the navigation above to locate the post. 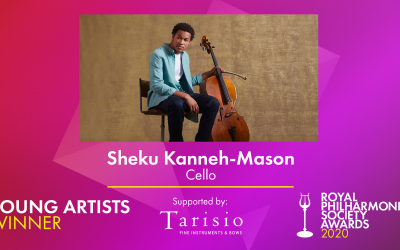 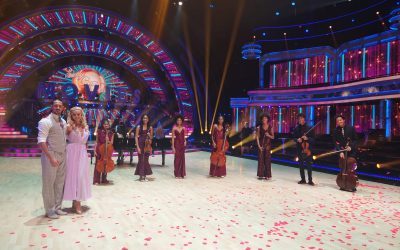 On Sunday, November 8th, the Kanneh-Masons were thrilled to play their arrangement of Ave Maria for two of the show's professional dancers, culminating in a beautiful and atmospheric "poppy-drop".  Watched by nearly 10 million viewers as it screened, you can catch up... 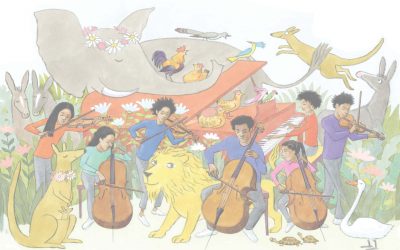