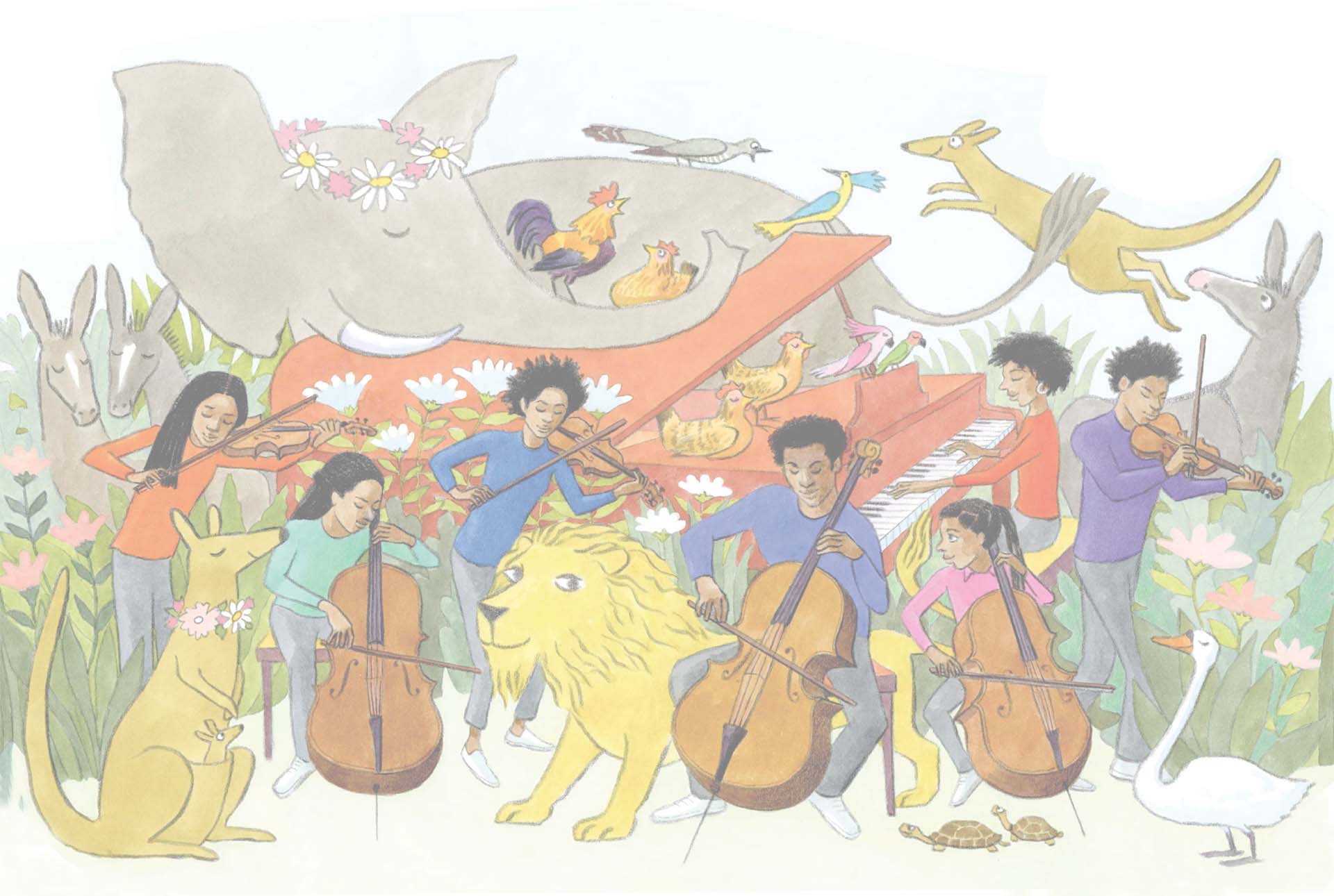 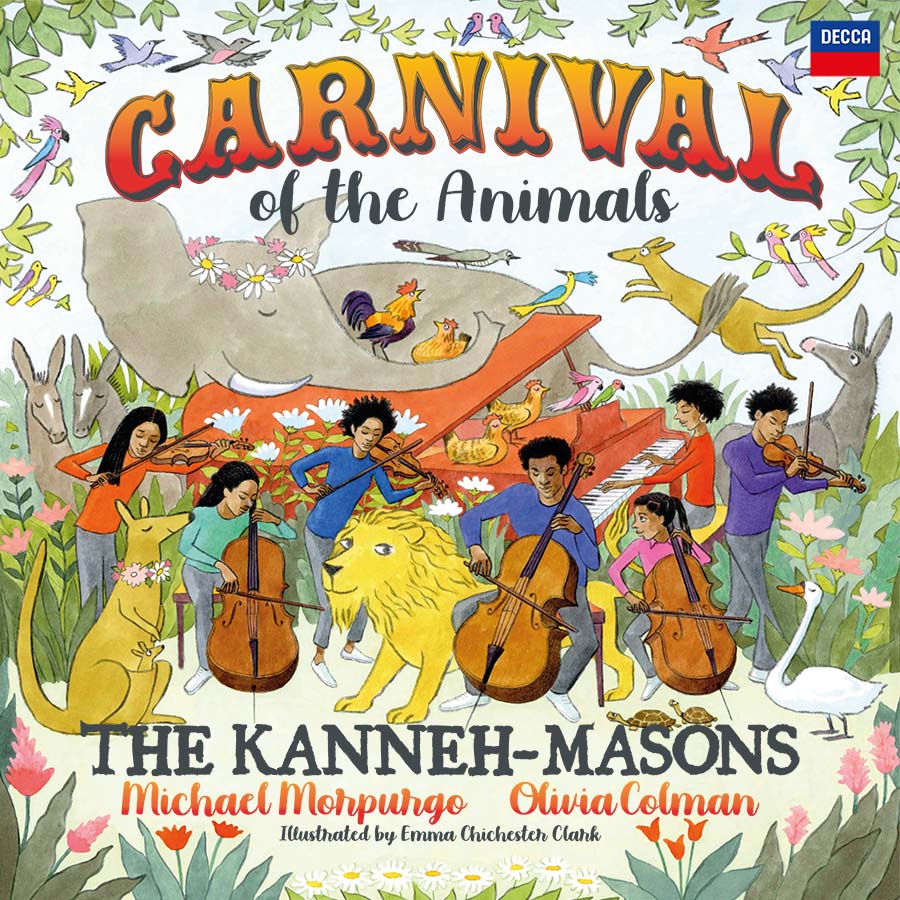 FOR THE RELEASE OF FAMILY ALBUM

Recorded at London’s Abbey Road Studios, the release includes new poems written by War Horse author Morpurgo to accompany French composer Saint-Saëns’ beloved musical suite ‘Carnival of the Animals’. The poems are read by the author himself, joined by The Favourite actor Colman, and guest musicians complete the ensemble for the suite.

Along with Colman’s readings interposing the humorous suite ‘Carnival of the Animals’, which represents different animals through descriptive musical motifs, the recording features Morpurgo’s heart-warming Grandpa Christmas story, set to music for the first time with classic tracks including ‘Dance of the Sugar Plum Fairy’, ‘Flight of the Bumblebee’ and ‘Sea Murmurs’.

Morpurgo reads the role of Grandpa, with the youngest Kanneh-Mason, Mariatu, reading his granddaughter. The album includes a new arrangement of Eric Whitacre’s ‘The Seal Lullaby’ featuring all seven siblings, aged between 11-24. It is also the debut recording for youngest sisters Konya, Jeneba, Aminata and Mariatu.

Also featuring on the album is the Kanneh-Masons’ own arrangement of Bob Marley’s iconic hit ‘Redemption Song’, marking 40 years since its release in 1980 – fewer than five years before the singer’s death.

The stunning artwork for Carnival has been specially commissioned from children’s illustrator Emma Chichester Clark, who has created a colourful storybook world featuring vibrant birds, friendly kangaroos, curious elephants and all seven of the Kanneh-Mason siblings – depicted, of course, with their instruments.

The family featured in BBC One’s Imagine… This House is Full of Music documentary, aired on 12th July 2020, sharing intimate details of their life behind the doors of their Nottingham home. The documentary, filmed remotely, featured “superb” (The Times) and “flawless” (The Guardian) musical vignettes interspersed with interviews with the “absurdly talented” (Telegraph) siblings – each given their moment to shine – and parents Stuart and Kadiatu.

Earlier this month, Isata made her BBC Proms debut at the Royal Albert Hall, performing a selection of chamber works alongside Sheku, who at last year’s festival delighted a packed-out hall with his performance of the Elgar Cello Concerto, accompanied by the City of Birmingham Symphony Orchestra. The siblings will perform together in concert at London’s Barbican Hall on 22nd October, with the live performance streamed online.

In January 2020, Sheku became the first cellist to hit the UK Top 10 Album Chart with Elgar – his recording with Sir Simon Rattle and the London Symphony Orchestra – which entered at No. 8. He was awarded an MBE for Services to Music in the 2020 New Year Honours List. Isata recently won the international Opus Klassik Young Artist award for her debut Decca Classics album Romance: The Piano Music of Clara Schumann.

For the Kanneh-Masons, 2020 has presented one overriding positive: the opportunity for all members of the family to join together at home for the first time in over five years, performing together and sharing their extraordinary talents with the world via a series of livestreams, watched by millions around the world. In recent months, the Kanneh-Masons have found time to reflect:

“This album has grown from our passion as a family for making music together. This has been a heart-breaking time for musicians and performing artists. We want to share our love of music and our passion for communication. As young children, the power of combining music with storytelling is truly magical and we are honoured to have collaborated with Michael Morpurgo, Olivia Colman and the wonderful musicians who joined us, to create music that celebrates our connection with the natural world. Together, we want to inspire children and adults to listen more closely, to value our world and all the diversity within.”

Morpurgo adds: “To be making music and stories and poems with people of such talent, lifted our spirits, gave hope and happiness to everyone there, at a time when we all needed it most, left us all inspired to create a better world for all of us after this is over. I hope and believe all of you will feel the same once you have heard it.”